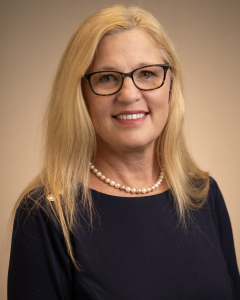 “I’ve seen first-hand the dedication and professionalism Christina brings to M&T Bank,” said Beth Beshaw, M&T Bank market president for Albany. “Christina jumped right in and hit the ground running when she was named retail regional manager for the Capital Region. She goes above and beyond for our customers and employees, and we’re excited about the impact she’ll have in her new role.”

Joining M&T in 2008, McCoy arrived with 22 years of retail banking experience with the Bank of New York and J.P. Morgan Chase. In 2016, she played a critical regional role following M&T’s acquisition of Hudson City Bank, assisting the new Staten Island team with on-boarding and immersion into the M&T culture. Most recently, McCoy served as retail regional manager in the Hudson Valley, where she honed her strengths in team-building and assisting employees with professional development.

An active member of the community, McCoy has volunteered her time with a variety of organizations, including several national organizations that make a local impact, such as the American Heart Association, March of Dimes and Habitat for Humanity. As the retail banking lead in the region, she also encourages her team to get involved in the communities they serve.

McCoy is a graduate of Dowling College, earning a Bachelor of Business Administration degree with a concentration in finance. Later, she expanded her banking expertise through professional development training with the American Bankers Association and the American Institute of Banking.