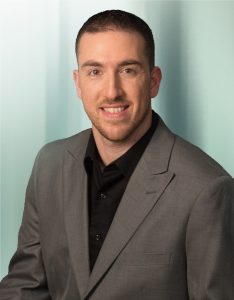 (“UHY”) today announced that Brad Cone has been promoted to Regional Controller. Based in the firm’s Albany, New York office, Cone manages UHY’s Regional Finance and Treasury function for all offices across UHY’s Northeast Region. In the U.S. Cone Represents the Region in UHY’s national finance and treasury platform.

Cone joined UHY in 2018 as Assistant Controller and advanced into this leadership role following Michael Camarota’s retirement in December.

“Brad has been an integral part of UHY for the past three years and has a proven track record of enhancing our financial and treasury operations, processes procedures and policy. He has played a key role in the development, implementation and recent transition of the firm’s time, billing and financial reporting platform. We look forward to his continued leadership as part of our team,” said Michael J. Mahoney, UHY’s Northeast Regional Managing Director.

“Brad’s experience, breadth of knowledge and leadership skills bring immense value to UHY. We’re thrilled and fortunate to have him in this role and look forward to his continuing contribution to the firm,” said Howard S. Foote, Office Managing Director – Capital Region.

With over 14 years of financial operational and reporting experience, Cone serves as an Adjunct Lecturer at the University at Albany’s School of Business teaching both undergraduate and graduate level accounting classes. He is a member of the Capital Region Chamber’s Leadership Tech Valley class of 2021, and serves on the finance committee of Big Brothers Big Sisters of the Capital Region.

Cone is a licensed CPA in the State of New York. He holds a BS in Applied Mathematics and Economics from Rensselaer Polytechnic Institute and an MS in Accounting from State University of New York at Albany.