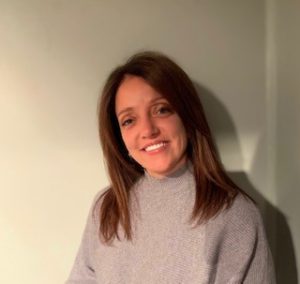 A graduate of the Capital Region Adult Practical Nursing program has been promoted to director of nursing at the Shaker Place Rehabilitation and Nursing Center.

Rebecca Luce of Troy is a 2002 graduate of the adult program and credits it with giving her a bright future.

“The BOCES program was the foundation of my career. I started as a graduated practical nurse at the Albany County Nursing Home and since have held many positions to include a floor nurse, clinic coordinator, staff Registered Nurse (RN), a manager, the assistant director of nursing and now the director of nursing,” she said.

“I was a single mom of a two-year-old and had been out of the Army for 2 years and was trying to make a better life for myself and my son. I wanted to support him without the daily financial struggles on top of being a single mom,” she said. “I had been struggling with what to do since I left the military where I served as a medic for four years. I learned of the program and decided that although it would be difficult to work, go to school and raise my son on my own, that it being only a one-year program I could and had to do so for both of us.”

After graduating and becoming a Licensed Practical Nurse (LPN), Luce went to Maria College and graduated in 2009 with an Associate’s Degree and became a RN.

“I would tell any prospective student to join the program and take the first step into a very rewarding career,” she said.”You’ll have many challenging days … however there is nothing more satisfying than the fact that you have made a difference in the lives of others.”

BOCES faculty members praised the alumni as a shining example of what hard work and perseverance can accomplish.

“Rebecca was an excellent student who was eager to learn new and advanced skills. … She took on extra responsibilities and took them very seriously as she was able to multitask in a calm and effective manner,” said Maureen Consentino, a teacher in the Adult Practical Nursing program. “She was always willing to assist other students, nursing staff and her instructors and portrayed confidence in the clinical setting.”