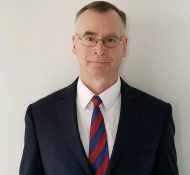 As a business leader, you are faced with solving problems every day. Most are routine in nature. Some will have far reaching impacts. In either case, to fix the symptom you are looking at, you need to identify the core problem.

Years ago, I was a store manager for a national chain. The VP was sitting in an office in Manhattan with about a dozen of us store managers. He was asking how to deal with the plethora of clearance bedding inventory in the stores. Everyone piped up and started making all kinds of crazy talk. Suggesting consolidating it all to a couple of stores and marking it down. A few said mark it down “aggressively” and have a week long push to clear it out. Sell it to a third-party outlet store. Basically a bunch of smart people throwing ideas in the air. Sitting around the table and the first one to get the VP to say “That’s a good idea” wins the prize.

These were good smart professional people – just not properly trained in solving a problem.

Having just graduated from a military course on problem solving, I said take the inventory outside; with a little kerosene and a match we can solve this problem.  Wait six months and we will be back here with the same issue.

The real problem is how we ended up with so much excess bedding inventory.  Buyers gone crazy is the issue. They were getting a good deal buying in bulk and are not communicating with the stores on how to sell it before the end of the season. The stores have large orders coming in with no coordination on how to move it off the shelves. We found out about the large orders when our receiving managers opened the truck doors.

Ask the why a few times. Now you are starting to identify the core problem. Don’t solve a symptom of the problem – or you will revisit it in six months.

We have too much inventory.

Identify the core problem then articulate what you want to accomplish. What is your desired end state?

Seasonal bedding inventory is being shipped to the stores in quantities exceeding the store’s ability to sell through before the end of the season.

Task-Purpose (write out what you want to do)

Desired End State (Objective) (write out what you desire to accomplish)

The company sells seasonal bedding merchandise at a profit and the end of season inventory shall not exceed 5% of total seasonal inventory purchased.

List all who will be impacted or have an effect on this.

Once you have identified the core problem, and established the desired end state, you are able to go to the next steps. You now are off to analyzing, developing courses of action, and producing a plan for action.

In this case, we had to split into two problems to work through. There was the long-term issue, but we still needed a short-term fix for the current level of excess. Marty was not keen on the kerosene and match option.