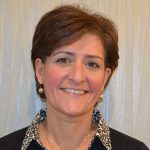 The Grand Rehabilitation and Nursing at Guilderland, a 127-bed nursing facility that provides rehabilitation and nursing services to patients who require either short- or long-term nursing care following hospitalization, has named Erica Rogan and Jessica Barbuti hospital liaisons.

In their new roles, Rogan and Barbuti will market the facility, screen patients for admission, and establish working relationships with area hospitals.

Rogan comes to the position from Brookdale Senior Living in Niskayuna, where she spent the past two years serving as sales and marketing manager. Prior to that, the Niskayuna resident served nine years as a benefits consultant at WellCare Health Plans. She is a graduate of SUNY Cobleskill. 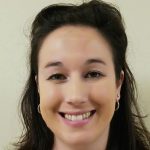 Barbuti, who holds an undergraduate degree in public health from SUNY Albany, previously worked as fitness testing coordinator at the Rudy A. Ciccotti Family Recreation Center, where she led the team through the medical fitness association process and assisted in making the center the first accredited medical fitness center in New York state.  She is a resident of Albany.